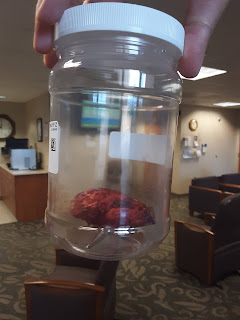 Posted by Amy redding No comments:

Be Still My Soul

I think back over the years to the first time I heard this song. It was a dark and troubling time in my life where everything I knew or thought I knew was shaken. I had recently contemplated and determined to end my life having come under such a heavy oppression that told me I had believed a lie when I believed in Jesus. It broke my heart to think that the love of Jesus had been nothing but wishful thinking that had carried me through very difficult circumstances. I was left feeling empty and deceived and life no longer held any worth to me without Him. In one last desperate plea I cried out to the God I had believed in and I begged Him to reveal himself to me again, for without that intervention I would certainly have given in to my despair. But God in His mercy heard my heart's cry and He answered me with indescribable light and the words, "I Am That I Am." resounding in my ears. It was a loud and terrifying experience that shook me to my core with fear and awe.

I lost my voice for a week after that night. I simply was unable to put words together in any coherence. I remember going to work not long after that wondering how in the world I would get through the night as a waitress without being able to speak. I was fragile and afraid and ever so weakened, but I was clinging to Jesus, who had so wonderfully showed Himself to me. One of the first families that came in that night to the Pizza Hut I worked at had come from another Pizza Hut down the way. They had left the first having witnessed one of the cooks use the restroom without washing his hands. This brought them to my Pizza Hut. The man's name was Brian and he was a pastor. I no more than stood before them when he looked up and saw me in distress. His wife quickly slid over and they invited me to sit with them as they prayed. He and his wife and their two children prayed over me in tenderness and patience. Sometime in that same week this song played on the radio in the middle of the night. It wakened me from my sleep with an ethereal sound that reached deep into my soul and filled me with great hope and peace.


1. Be still, my soul; the Lord is on thy side;
Bear patiently the cross of grief or pain;
Leave to thy God to order and provide;
In every change He faithful will remain.
Be still, my soul; thy best, thy heavenly, Friend
Through thorny ways leads to a joyful end.

2. Be still, my soul; thy God doth undertake
To guide the future as He has the past.
Thy hope, thy confidence, let nothing shake;
All now mysterious shall be bright at last.
Be still, my soul; the waves and winds still know
His voice who ruled them while He dwelt below.

3. Be still, my soul, though dearest friends depart
And all is darkened in the vale of tears;
Then shalt thou better know His love, His heart,
Who comes to soothe thy sorrows and thy fears.
Be still, my soul; thy Jesus can repay
From His own fulness all He takes away.

4. Be still, my soul; the hour is hastening on
When we shall be forever with the Lord,
When disappointment, grief, and fear are gone,
Sorrow forgot, love's purest joys restored.
Be still, my soul; when change and tears are past,
All safe and blessed we shall meet at last.

Through the years, especially verses one and two have ministered to me in times of sorrow or darkness. Again today, the melody is playing in my mind. My youngest son who is eleven has in this last week been diagnosed with what the doctors are thinking is a malignant tumor in his left thigh. We are forced to play the wait game this week while we wait for the biopsy to come back which will let us know whether the tumor is as the doctors suspect, malignant or if it is benign as we and so many of my faithful brothers and sisters in the Lord are praying. On one hand I have expert doctors telling me this one horrible thing. And on the other hand I have this same gracious God who revealed Himself to me with such power and greatness who is able to do immeasurably more than all I can ask or imagine. I do not know, today, whether or not He wills for my son to go through a cancer battle. All I know is that no matter what, this God, this lover of my soul and the lover of my son's soul will carry us through this dark valley. He promised never to leave us or forsake us. He did not give me a spirit of fear but of power, love and sound mind. So, I will pray powerfully, love deeply and operate with a sound mind, practicing exactly what this song encourages. Be Still My Soul. #God'sgotthis
Posted by Amy redding No comments: